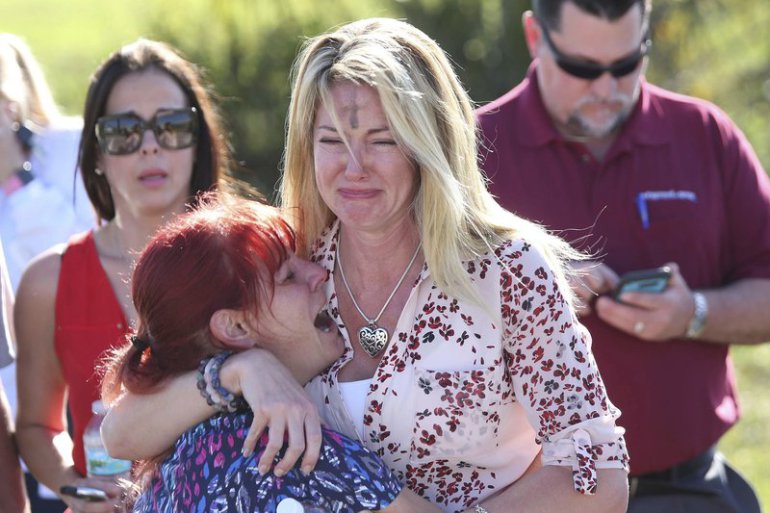 Here we are again.

It’s the day after, again. When all we are left with is grief and questions, and sides. Because for all the sadness, the requisite questions we are asking now are already drawing up sides to a debate that, almost twenty years after the Columbine massacre, just doesn’t get it.

“Where does this end?”

Asking that question will be a provocation of the very worst kind, in which our elected representatives will shield themselves with the same pledges and promises they have been doling out in perpetuity. The gun rights side will lecture us on what the constitution stands for while the gun control side will throw up their hands in disgust, instead of demanding a legitimate road map be drawn up regardless of sides. A road map whose coordinates involve mental illness, gun regulations, secondary markets in which guns are easily obtained and all the warning signs that went unheeded.

Of course, as far as politicians are concerned, having a side provides them with the requisite armor to move forward. It allows them the efficacy of being able to argue that they did their due diligence but they just couldn’t get through to the other side of the aisle. Armor is what those seventeen souls did not possess when Nikolas Cruz ambushed them at the entrance to Marjory Stoneman Douglas High School by pulling the fire alarm to draw them out.

We entrust our politicians- local, state and federal- to protect us. So why does it seem as if they are only proficient at talking up a good game as far as life, liberty and the pursuit of happiness is concerned? Why do they fall short, time after time after time, when it comes to abiding by those tenets in the public interest? How is it all these smart people can’t go in a fucking room and come out with something? Anything? And how come we don’t demand it? When an elected official answers this latest horror by drawing up sides, maybe we should be asking them why it is they aren’t on our side. The side that wants their kids to come home from school.

Yesterday was simply the latest day, but it wasn’t the last. And I gotta ask, in what world was the first time not considered too much? And yet, here we are, having witnessed these horrors for a generation now, with no end in sight. All we have are more questions, and sides.

Seventeen souls, pieces of a puzzle. Their families and friends will never get that piece back. Their lives will never go back to what they were before three o’clock on Tuesday afternoon.

This is where we’re at. This is life as we know it.