Having grown up in John Gotti’s neighborhood, I am admittedly a fan of the wiseguys. And as such, mob movies have a special place in my cold, dark heart. Specifically, the Godfather franchise. Based on the Puzo novel, Francis Ford Coppola created a genre which helped set the standard for mob movies. Until his rush job with the third installment effectively killed what should have been the triumphant conclusion to a hall of fame collection.

Many would argue that Godfather III wasn’t horrible, and they are completely missing the point. No, it wasn’t horrible. In fact, as a stand alone mob flick, it was fine. But here’s the thing, fine isn’t what made the first two pictures all timers. Fine is what Casino is. And that, is just not good enough.

I blame Coppola, who took the money and ran. He had resisted a third go round for more than a decade before finally agreeing to it in the late ’80’s. I wish he would have left plenty well enough alone. To those of you out there who remember the great Willie Mays, Godfather III was the New York Mets version of the Hall of Famer. Not the same.

For one thing, the story line was hard to swallow. Michael Corleone wanting to go legitimate by getting in bed with the Catholic Church? So . . he stops doing dirty by doing business with more dirty? Come on! And the poison canoli scene . . how do you subject sister Connie to that kind of Murder She Wrote ridiculousness?!

The casting was another miss. Not bringing back Duvall because of the money is just plain dumb. Made all the dumber when they switched him out with George Hamilton. And Sofia Coppola, bless her pretty little heart, was no substitute for Winona Ryder. The first two movies were packed with Academy award winners, and so will this reboot.

The year is 1986 and the Italian mafia finds itself at a crossroads. The Corleone family, while still prominent, is no longer the most feared crime syndicate. Their power structure has eroded for a variety of reasons- no legitimate ‘heir’ to the empire, the rise of other crime organizations and an Attorney General who is banking his political future on taking down the mob.

The other players are intent on taking their time with Corleone, who is more negotiator than enforcer now, out of necessity. The Barzini family rules the original five families, led by John Sangiovese, who takes command after assassinating the Boss outside a Manhattan restaurant on Christmas Eve.

Edgar Donovan is the new face of organized crime. Rising from the tenements in the Bronx, he has gained a foothold in the drug trade. But it is his control of the political machinery that once belonged to the Corleone family that proves most troubling to Michael. Donovan is the voice of reason, the bridge to how organized crime bosses do business in the present day. He doesn’t fly off the handle, he simply gets shit done. He is perfectly content to join forces with certain of his enemies in order to gain traction in the ever expanding world of crime syndicates.

Add to this an Attorney General hell bent on bringing down the mob, a former consiglieri (Tom Hagen) who turns state’s evidence, an estranged nephew out for revenge and a rising news anchor who happens to be in bed- literally- with the enemy, and things are looking grim for Michael Corleone.

Enter John Sangiovese. He is a fashion plate gangster every bit as ruthless and cunning as a young Michael Corleone. If he bears a remarkable resemblance to the late John Gotti, that’s because he is that guy- in fictional splendor. He belongs to the Barzini crime family- the new king of the five original families. And he’s coming for Michael Corleone.

Sangiovese has a button man who also serves as his second in command. And here’s where things get spicy. His right hand man- Salvatore Corleone- is the illegitimate son of one Fredo Corleone. So yeah, there might be a Hail Mary or several in Michael Corleone’s future.

And if you’re looking for the Luca Brasi character in all of this, that would be Nicolo Stassi. He is on Michael’s speed dial for a reason.

Here then, the cast of Godfather III.

Michael Corleone- I won’t be standing for the crew cut look Pacino sported in the original 3. No, in mine he goes with the parted, longer locks. He’s a more studious looking individual, but he’s still a python. 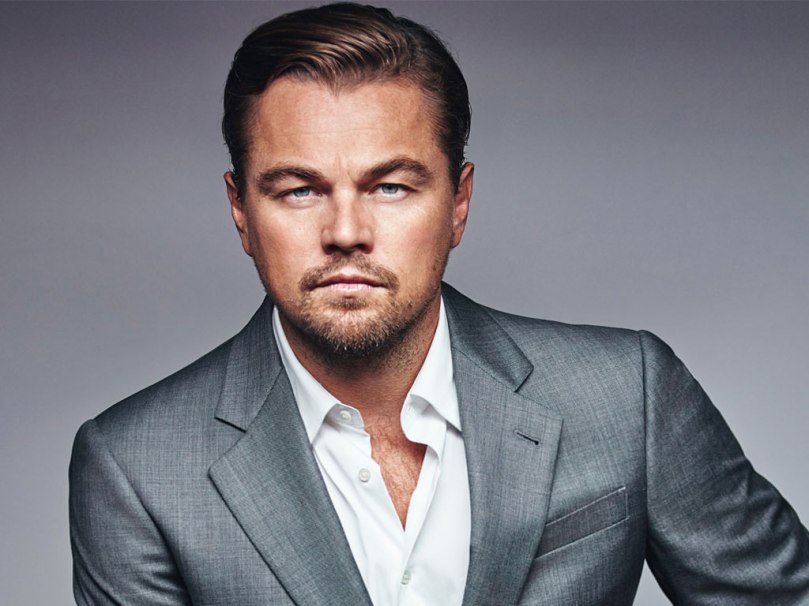 John Sangiovese- Leo is the guy. Reason being, he’s got the Al Pacino effect. You understand he is a monster, but he is so fucking cool about it that you can’t help but appreciate his blood lust. 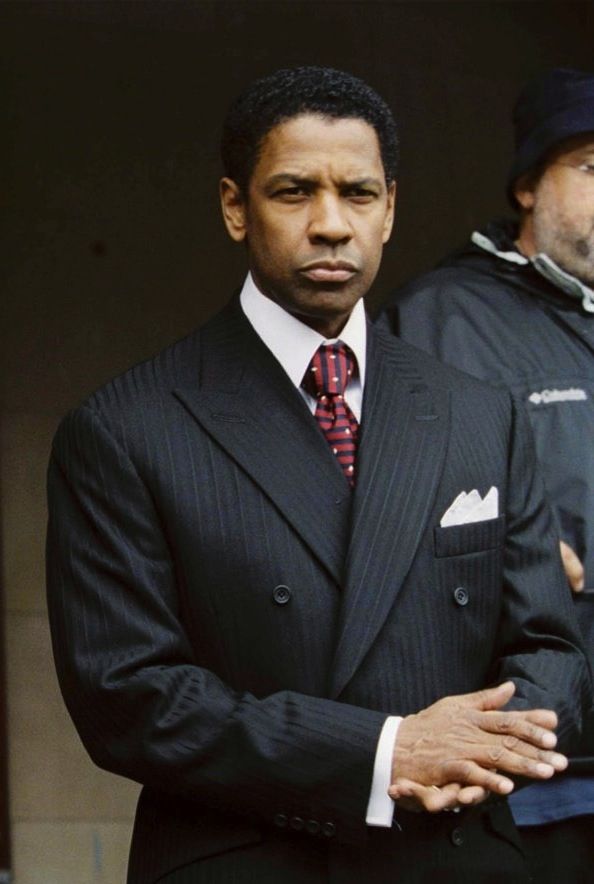 Edgar Donovan- Denzel made his bones in the mob movie genre with his turn in American Gangster. He is the face of the modern day gangster in that he will take your ass out before finishing his breakfast. But he would rather do business, seeing as how blood is a really big expense. 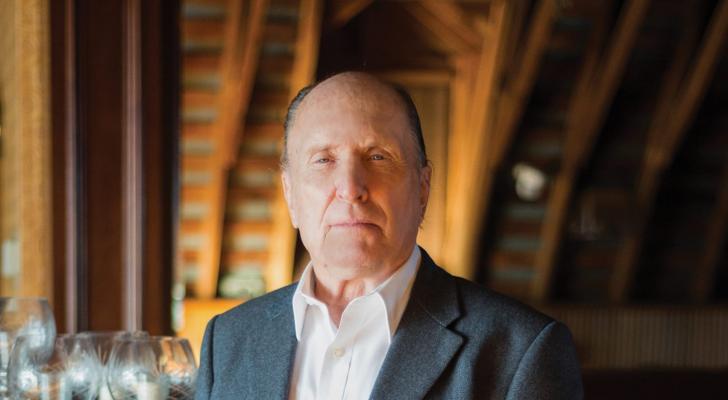 Tom Hagen- Robert Duval’s character- Tom Hagen- is the character who goes legit. He turns state’s evidence and quickly becomes a media darling. He scores a show on cable as a talking head and retires to Connecticut to write his mob memoirs.

Nicolo Stassi- Michael Shannon is a fucking crazy man. Like him or loathe him, you can’t say he doesn’t bring it to every single role. He is the perfect modern day Luca Brasi. As the Corleone button man who replaces Brasi in the late seventies, Shannon’s character will go rogue after Michael is taken out. He will lurk in the shadows . . waiting for his opportunity.

Peter Greco- Daniel Day as the fictional Rudy Guiliani. He looks quite comfortable dressed in sharp suits and political ambition. It’s easy to see him in the role of Mob Slayer with dreams of a Mayoral run in the offing.

Salvatore Corleone- Steve Buscemi as button man in Leo’s rise to the top? Hells yeah. He may not be the imposing figure that Sammy Gravano was (Believe me, I know first hand), but he is a reckoning in his own right. As my pal Dale remarked when we chatted about Buscemi, God was in a bad mood when he created him. Oh yeah, this guy is plenty capable of making peeps disappear.

Savannah Kelly- What self respecting mob flick doesn’t feature a hot side dish? Which is what Anne will be to Denzel. Theirs is the tightly sealed affair that is borne out of a subcommittee hearing in which the two meet. She, the fiery upstart representative from Manhattan and he, the bullet proof gangster. They use each other to get to the top, because in the eighties . . if it ain’t greed, it doesn’t lead.

My Godfather III is set in the ’80’s and as such, it will have a killer soundtrack. Blondie, Phil Collins, Prince, Billy Joel, Falco, Laid Back, Talking Heads, The Sugarhill Gang, John Lennon. I could go on and on.

When the original 3 came out in 1990, it was quickly trounced at the box office by Goodfellas, which boasted a better cast, story line and soundtrack. Well guess what? The Godfather is taking it back. And so, let’s start with this tune, to open things up.

38 thoughts on “Taking the Reboot to Godfather III”