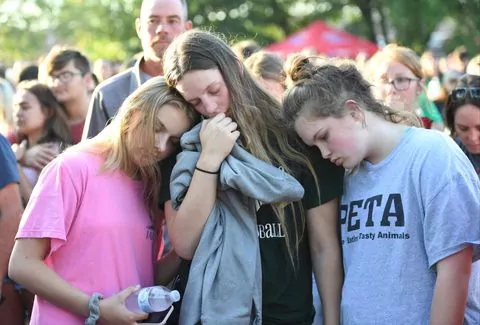 I had this friend in the first grade named Benjamin. We called him Ben for short even though he was a tall, ambling tree trunk of a kid whose mop of red hair was in constant flux. His nose was always running and his shoelaces were always in a perpetual state of transit with the ground. Ben stuttered, sometimes worse than other times. It took me awhile to understand how his brain worked and what to do when his words started speeding off before he could harness them. It was simple really. I just listened. No attempts to correct him, no finishing his thoughts, no shuffling around impatiently. I simply focused my attention on what he was trying to say, and I listened.

There was no scientific application being used here, and the results were usually far from perfect. But even so, it did work. And as time went on, Ben became more outgoing. His quick temper, it became less quick. He became one of the kids, rather than that kid.

Admittedly, I wasn’t being stoic when I reached out to help a classmate. First graders ain’t much for Senaca, not usually. You see, I had this crush on an adorable Indian girl who sat next to me in class. She would throw these deep brown eyes in my direction, releasing a million butterflies into my stomach, every time. And so it was that we would sneak off into this little nook during library time, and kiss.

Ben was my first wing man. He knew the deal, and so he would be the lookout for us puppy lovebirds. Whenever a teacher approached, Ben would run over and let us know. I thought him a mensch before I knew what the word meant. He gained my favor, so I figured it was only right to return it in kind. And so it was that whenever Ben would stutter, I would simply listen. It’s funny how the simplified logic of childhood can gain the heart of most matters.

I sometimes wonder where he got in this world. If I were basing it on the literal translation of first grade life, then he’s providing security detail for some important peeps. But to wonder further, it’s where things get prickly in their real life complications.

He had some issues. Behaviorally, he was a tempest for teachers whose rules were still very much stuck to corporal punishment techniques rather than genuine understanding and compassion. I never understood why they would shout at him or put him in a corner, or in some cases hit him when he had an episode. It made no sense to me, to punish him further when his brain was already doing a job of it. Most teachers and faculty acted as if they had no time to listen. Which is exactly what Ben needed . . . he needed someone to listen.

Ben was pulled out of school sometime in the middle of the year. It had something to do with behaviors. Perhaps all the progress I made with him in our simple little moments really didn’t accomplish much of anything when it comes down to it. All I know is that I remember his name to this day, and yet, I can’t for the life of me remember that cute little Indian girl’s name. I’ve no doubt she grew up to be a stunner who probably married a doctor and had beautiful kids in the suburbs. As for Ben, I hope like hell he got somewhere better than what first grade detention had to offer. I hope he found people who got through to that really good kid I found whenever I took the time to listen.

It’s easy to forget that the kids who commit these horrible atrocities, they are kids. This is in no way to excuse the laundry list of transgressions they owned in the time leading up to their crimes. And it sure as hell isn’t to say that they deserve mercy now. Because now? Is too late. Because it was back there . . . when all manner of shit was happening, that’s when something needed to be done. That’s when someone, anyone . . needed to listen.

Now is always a too late proposition. Now is when families plan for funerals rather than graduations. Now is when we ask the same tired questions to the answers gone missing. And now is when we turn these kids who commit these unspeakable acts into monsters.

And it ain’t doing any of us a damn bit of good to keep going about it the same way, time after time. Taking sides, ignoring the long histories of most of these kids; histories that were screaming for us to pay attention long before the sum of all those hushed up fears ever came to fruition.

So here we are, inside the latest now. And there’s little doubt we will be besieged with more stories about the concerns surrounding the latest shooter in the days and weeks and months and years leading up to last Friday morning in Santa Fe. And the talking heads will have some mighty sounding rhetoric that only serves to widen the breach. And social media will blow up in feeding frenzies that chum both sides of a narrow aisle. And the rest of us will have our own somethings to say about this latest tragedy inside the now. And all of it, every single bit of it, will have been too late to bring back a day that will forever after be an anniversary that scores of families and friends will never be able to let go of.

There will be stories about how one of the kids became relegated to that kid. And it’s what made me think of Ben, who was fighting something all by his lonesome way back then, inside another lifetime when I was busy thinking that sneaking kisses and extra credit were life’s big scores.

49 thoughts on “We Will Turn Them Into Monsters”