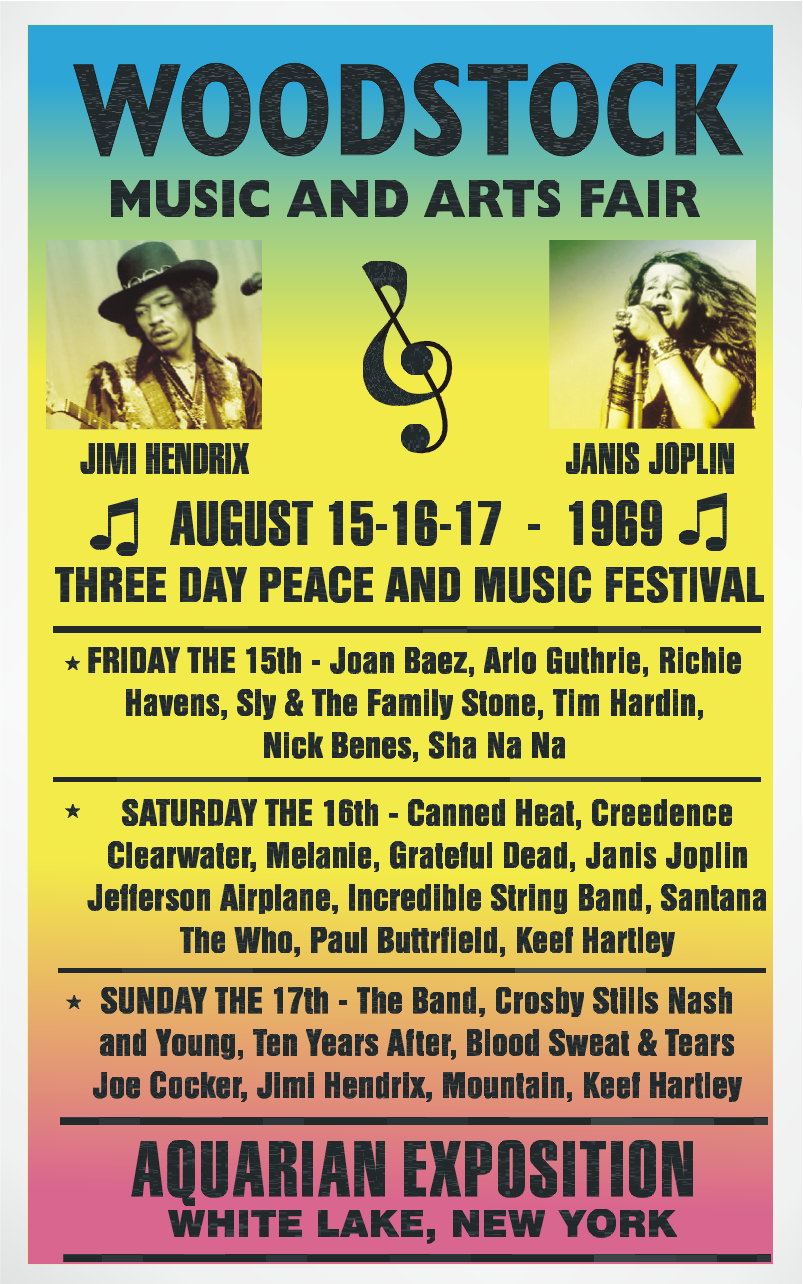 🕊️-Imma be rolling out a series of posts on Woodstock that will appear on the blog each Sunday until I exhaust all the groovy gravy I supped up on my trip. I’m going with the rather unoriginal title of “3 Days in Woodstock” since I also happened to spend three days inside this mesmerizing state of mind. Forty nine years removed but right on time-🕊️

Sometimes history asks for the moments that spiral into legendary tales, and sometimes the moments just storm the gates and make the history that exists in perpetuity. Three days in August of 1969 accomplished both of these things. 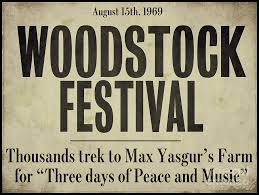 Having booked passage to Woodstock New York back in May, you would think I’d have done the requisite homework as to the actual site of the legendary film festival. The fact that I didn’t turned out to be a brilliant mistake. Because it mirrored the event itself; unprepared for what was to come but earnest in the desire to get there.

So it was that a couple days into my trip, I was ready to make the journey to Max Yasgur’s farm. Which ain’t located in the town of Woodstock, or even all that close. The sojourn to music Valhalla covers almost sixty miles in a spindly, winding gallivant of paved roads and unbeaten paths. 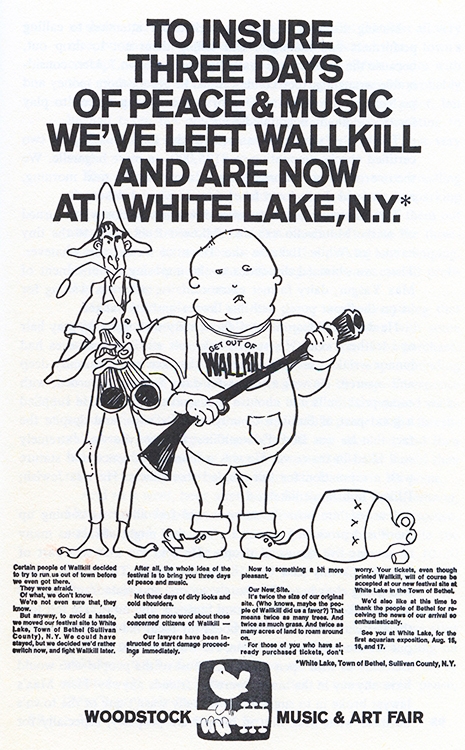 The Woodstock Music and Arts Fair- billed as three days of peace and music- appeared doomed from the start. The organizers of the three day concert battled the banks, the local townships, the Mayor of New York and even themselves in the lead up to what would become a touchstone moment in the age of Aquarius.

The town of Woodstock became synonymous with the festival due to the fact the investment group that helped finance the event was named Woodstock Ventures. The name stuck, even though the location changed several times. After it was determined that Woodstock could not hold the festival, the towns of Saugerties and Walkill would take turns withdrawing their offers, leaving the organizers with little time with which to find a home. 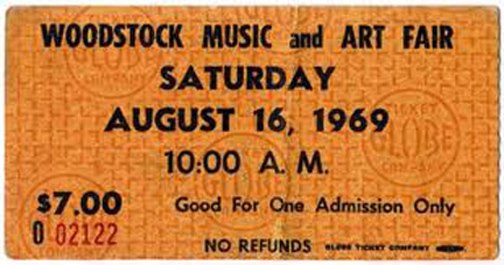 Twenty eight days before the concert, Max Yasgur came forward with an offer to rent a portion of his six hundred acre dairy farm in Bethel as the venue. He wasn’t in tune with the counter culture phenomenon of the time, and he would drive a hard bargain on the price he was looking for. It wasn’t out of the kindness of his heart so much as the verity of his beliefs that the event would prove transcendent inside a turbulent period in our nation’s history.

I arrived at the entrance to this legendary place and was greeted by a sign which reads Bethel Woods Center for the Arts. A short ride delivered me through a labyrinth of special access entrances and several football field sized parking lots. The museum sits off to the right; a statuesque peak that rustles up the roaming hills that surround it as if a storyteller looking to gain the attention of a restless audience from the brightly lit stage. 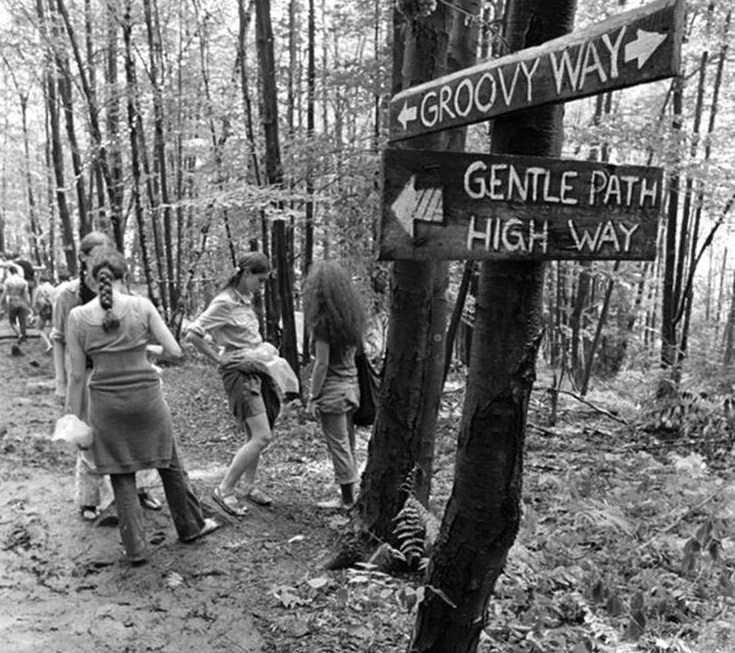 The walk from my car to the museum was spent wrestling myriad emotions; excitement, awe, gratitude, melancholy and fear. The excitement was palpable in the steps I took and the buzz of nervous energy that fueled them. The awe is just as obvious, because all the while I was thinking I am fucking here! . . .on a loop. The gratitude was in knowing  I had come to a hallowed place as witness to an experience that could not be replicated any other way. A tinge of melancholy reined in my exuberance as I wondered why in the hell I had waited so long to get here. And fear, the most unwelcome but the most necessary in the time before I knew what to expect. Because fear allowed me to stanch the illusory perspective I had constructed over the course of a lifetime. Fear let me know that if this whole damned thing proved anti-climactic, that I would have to be okay with it even if I really didn’t want to be okay with it. 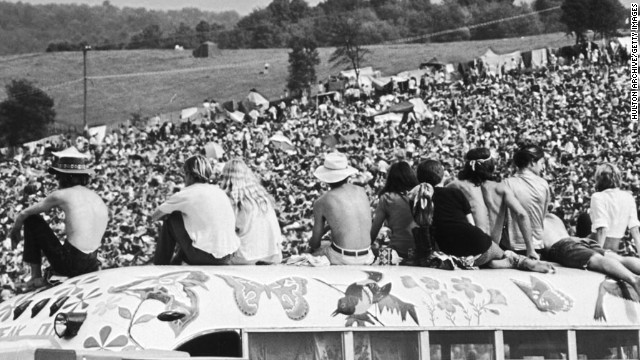 You build these moments up in your head to play out a certain way. I wanted the moments to be plush with flowers of a long lost bloom, and I wanted to get high on the perfume of its original sin. I wanted Jimi to be spilling his guitar through my brain . . Janis to be arranging verbs in moodily wrought crazy quilt patterns . . I wanted Santana to breathe his fire across the tranquil sky . . Richie Havens to break all the rules by getting me to the risen church of melodies and lyrics whose life was seeded in a garden . . this one.

I had already broken all the rules that warned me about heightened expectations. The crush of silence was daunting, as was the modernity that framed the doorway to that cosmic driven time.  All that was left for me to do was step inside.