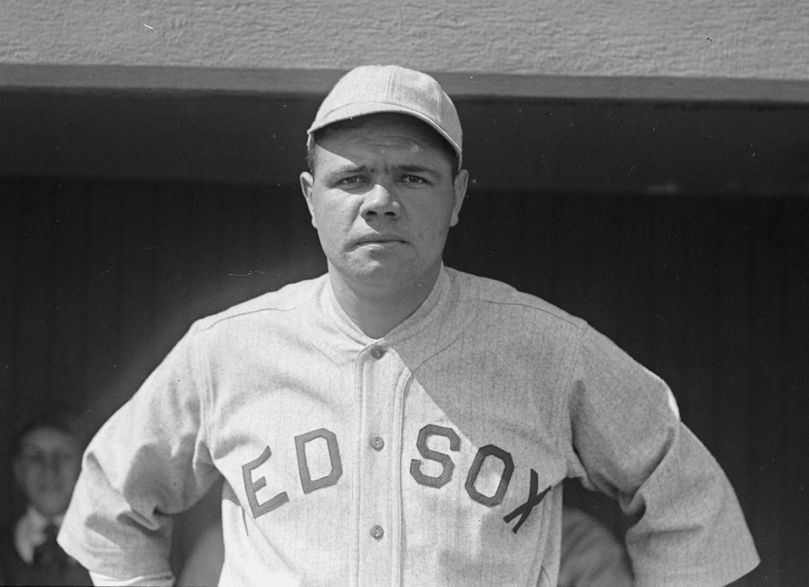 That’s how long it’s been since the Yankees and Red Sox last met in October. It was the year when A-Rod became the biggest four letter word in baseball after being traded to the Yankees. The year when Curt Schilling became the biggest four letter word to Yankees fans. And it was the year when the Sawx erased an 0-3 deficit in the ALCS and took down the Bronx Bombers, giving Babe Ruth a much deserved sleep after eighty five long years.

As a Yankees fan, it was a fucking nightmare.

My team was Vegas buttah that season. They were Shakespeare on paper and savagely expert at winning big moments once the leaves turned. They owned the diamond in a way Liz Taylor would’ve appreciated, and they were spit roasting the New England Nine over the first three games of the 2004 ALCS to the tune of 32-16. The Evil Empire was primed and ready to quash the rebellion and take their arch-rivals out in a four game sweep. It was over . . .

And then Dave Fucking Roberts stole second base off the great Mariano Rivera and changed everything. When Roberts scored to tie the game at four in the bottom of the ninth, it was a tremor and when Big Papi smacked a two run walk off homer in the twelfth to stave off elimination . . it was a quake. But when Big Papi hit another game winning homer in extra innings the following night to cut the Yankees lead in the series to three games to two?

The rest became Dickens, with a tale that two cities will take to their blessed baseball graves. To anyone who calls the 2018 division series between these blood rivals a chance for pinstripe redemption . . or reaffirmation for the Bosox, well . . they have no idea what they’re talking about.

Truth be told, I’m glad the “Curse of the Bambino” won’t be painting the corners of this series. As romantic a notion as it was, it also happened to be complete bullshit.

The “Curse” refers to a long held notion by certain baseball peeps that when Boston sold Babe Ruth to the Yankees in 1919, it unleashed a sinister pox on their title chances forevermore. What these peeps were saying, in essence, was that shitty management and even shittier performances in pressure situations had nothing to do with the fact that Boston couldn’t win. It was all Babe Ruth’s fault. For eighty five years, the Yankees behaved like the grown ups at the table by taking care of business and collecting more hardware than a mechanic. While the Red Sox played hide and seek with Babe Ruth.

Okay, when the light hitting Bucky Dent did this to the Red Sox in the 1978 one game playoff at Fenway . . the dramatic effect was Bambino’esqe. But it was one game, one lucky shot.

Between 1919 and 2004, the Red Sox won the division title five times and the pennant twice. And it would be worth noting they beat out the Yankees to do so each time. Hell, it could be argued the other New York team delivered Boston its most wicked October pain when they did this . . .

And no, Babe Ruth never played for the Mets.

The Yankees and Red Sox didn’t meet in a legit playoff series until 1999, after MLB expanded the playoffs. Their 2004 tilt was only their third playoff meeting, ever. And ooookay . . the memories of what happened the year before were still fresh in the minds of every New Englandah worth his chowdah . . .

But Aaron Boone’s family tree ain’t got the Babe sitting up in it, so there’s that. Quite simply, it was the self full-filling prophecy of an organization that tripped over its shoelaces more than Charlie Brown. All that bad juju was their own damn fault, but like every other loser, the Red Sox had to blame someone else. So why not the dead guy?

Until 2004, when they stopped taking no for an answer and made October theirs for the first time since Woodrow Wilson was in office. And it pains me to say this but Imma do it anyway. That’s how it had to go down, if the Red Sox were ever going to get past all the curse nonsense. They had to rip the hearts out of every Yankees fan, the way New England’s heart was ripped out inside all those winters that came much too early. It was only fair.

Tonight isn’t about Bucky Dent or Dave Roberts, Ron Guidry or Curt Schilling. Big Papi and A-Rod are making tee times now. Aaron Boone will take the field, but this time as Yankees manager. All those names have been replaced with Judge and Torres, Betts and Bogaerts, Sale and Happ.

The Sox have won three World Series titles since breaking through in 2004 while the Yankees haven’t won since 2009, so yeah . . things have changed considerably since they last faced off. And while I never did buy all that curse business, let’s just say I wouldn’t be upset if the Babe decided to tune in.

47 thoughts on “Ruth and Consequences”