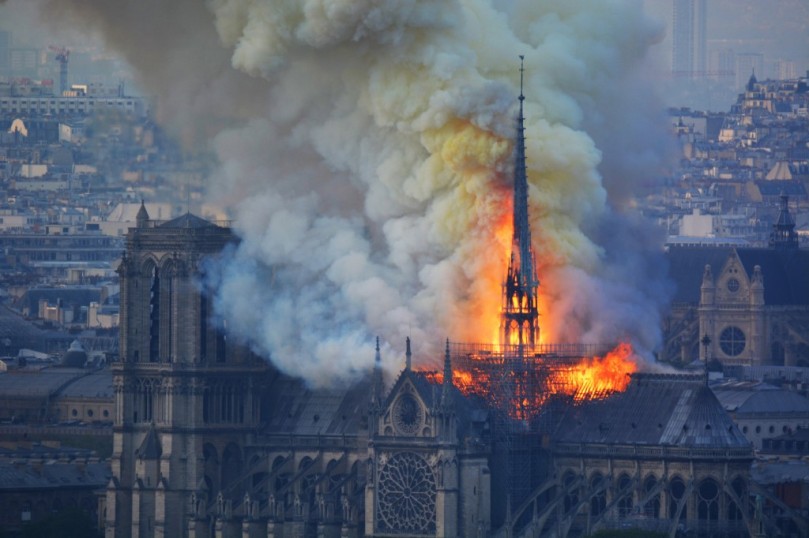 Robert Louis Stevenson once said that mankind is never so happily inspired as when it made a cathedral.

And so it was that in 1163, more than a hundred and fifty years before the world would come into full bloom with the dawn of the Renaissance, hope was risen with the first bricks of a timeless symbol that would come to define a city, a nation and the world it would grow up inside of.

The name possessed a gravitas and evoked reverence the world over. It was a symbol which transcended religion. The underpinnings of this wondrous creation of man was a muse to pilgrims and painters and poets and the dreams they had in common.

Deep within the womb of this timeless place, history was birthed countless times. Henry VI was made King of France here, and later, Napoleon was named Emperor inside its confines. And in the early 20th century, Joan of Arc was beatified inside the cathedral by Pope Pius X.

Our Lady of Paris survived the French Revolution as well as two World Wars. And when its health was failing in the nineteenth century, Victor Hugo’s book “The Hunchback of Notre Dame” helped usher in a revitalization effort. The medieval spire, which had been removed a century earlier, was rebuilt.

The significance of that spire is testimony to the efforts of a group of people who ventured back inside as the fire was laying waste to the roof of the cathedral. A group of public servants and firemen formed a human chain and retrieved several priceless artifacts, including the Crown of Thorns- believed to have been worn by Jesus on the cross- and the Blessed Sacrament. The roof, constructed from 5,000 oak trees by more than a thousand men, could not be saved.

It was sometime around 8 p.m. when the spire was taken from the world in a heap of ash. A symbol of hope and faith, stolen away by the flames forever. And as the sun set on the city, our Lady of Paris said goodbye to the world.

59 thoughts on “Ashes To Ashes”