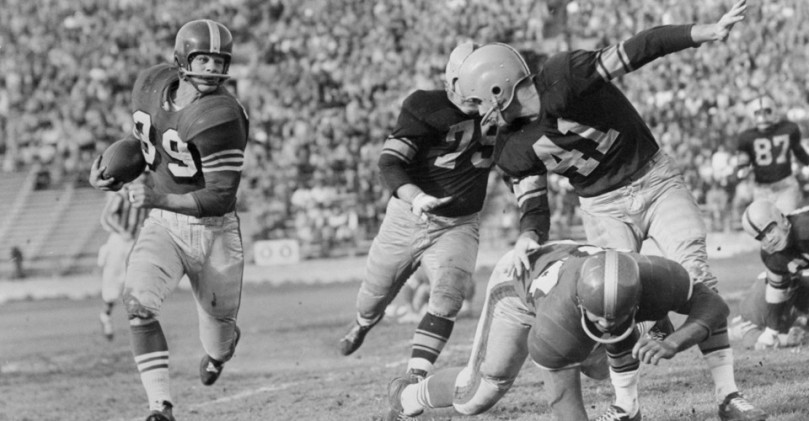 The NFL season is more than halfway cooked and the more things change, the more the Patriots still look like the favorites to fuck up a lot of Super Bowl parties come January. I mean, does anybody else see the irony here? A league that prides itself on parity has the most prolonged dynasty in sports history.

Despite the specter of that long national football nightmare moving into yet another decade, it’s been a fairly entertaining NFL season to this point. The Cleveland Browns are winning . . on TMZ.  The Oakland Raiders are actually winning on the field. The Titans, Seahawks, Steelers, Colts, Panthers and Lions have been plucky. The Packers, Cowboys, Eagles and Bills have been lucky. And the Jets? Still suck.

If sports ain’t your thing, here’s an alphabetized list of teams complete with a cocktail party anecdote or observation for each. You’re uh . . welcome?

Arizona Cardinals- Investing in semiconductors is the same difference.
Atlanta Falcons- There is a Chick-fil-A in Mercedes Benz Stadium. Chicken Jesus doesn’t do business on Sundays, and this year? Neither do the Falcons.
Baltimore Ravens- Lamar Jackson is to quarterbacking what Jimi Hendrix was to acoustic guitars.
Buffalo Bills- The fan base is known as “Bills Mafia”. They guzzle beer, smash tables and have a guy named Pinto Ron who has a condiment fetish.

Carolina Panthers- The peeps in South Carolina take great pride in the fact that the Panthers play in North Carolina.
Chicago Bears- True story. Bears fans traveled to Nashville once, and drank the town dry.
Cincinnati Bengals- If Kandahar ever gets an NFL team, they’re perfect.
Cleveland Browns- The NFL version of Apple TV’s “Morning Show”- flashy, big name cast with little payoff.
Dallas Cowboys- Sugar Daddy Jerry Jones, built them a $1.2 billion dollar crib (Arlington taxpayers forked over $325 million). The Boys have a grand total of three playoff wins there since 2009. Only Congress offers up a weaker bang for the buck.
Denver Broncos- Unless you live in Colorado, the Denver Broncos will never come up in casual conversation. If you live in Colorado, just use lots of four letter words.
Detroit Lions- Motown legend Marvin Gaye once tried out for the team.
Green Bay Packers- They are the only publicly owned franchise in the league.
Houston Texans- They became only the second expansion team ever to win their first game when they defeated the Cowboys in September of 2002. It remains the high point.
Indianapolis Colts- In 1983, the franchise packed their shit on Mayflower vans and left Baltimore in the middle of the night. It doesn’t get any more Paul Simon than that.

Jacksonville Jaguars- Like the car, they’re expensive and rarely worth it.
Kansas City Chiefs- They have more offensive weapons than the US Army and a weaker defense than the French Army.
Los Angeles Chargers- Most peeps don’t realize they left San Diego. And most of those peeps live in Los Angeles.
Los Angeles Rams- Warren Beatty remains the coolest player to ever don a Rams uniform. And I know it was a movie, but it still counts.
Miami Dolphins- They’re not the worst team in football.
Minnesota Vikings- Unless you live in Minnesota, the Vikings will never come up in casual conversation. If you live in Minnesota, just bring the sausages, cheese curds and beer.
New England Patriots- Before the Russians started rigging elections, they re-calibrated a middling football coach named Belichick and created a cyborg named Brady. The idea was to create a hatred of the red, white and blue. Those Russians are crafty.
New Orleans Saints- Charlton Heston starred as an aging Saints player in the film Number One.
New York Giants- Jimmy Hoffa wouldn’t be caught dead in the Giants end zone.
New York Jets- Haven’t appeared in a Super Bowl since Joe Namath was wearing pantyhose on purpose.
Oakland Raiders- Will relocate to Las Vegas next year . .  move back to Oakland in 2030 . . relocate to Germany in 2035 . . . move back to Oakland in 2042 . . . relocate to Mars in 2050!
Philadelphia Eagles- Their former digs- Veterans Stadium- housed jail cells. And if you ever attended a game there, you understand why.
Pittsburgh Steelers- They haven’t returned to the Super Bowl since Bane blew up their fictional stadium in Dark Knight Rises. Not a coincidence.
San Francisco Forty 49ers- Joe Montana was chosen with the 82nd pick of the 1979 NFL draft. It worked out alright.
Seattle Seahawks- They aren’t the first pro football team to go by the name Seahawks. That would have been the Miami Seahawks, who did their business back in the ’40s.
Tampa Bay Buccaneers- See my suggestions for Broncos and Vikings. After which, feel free to mix and match.
Tennessee Titans- The designers of their uniforms imagined Masters of the Universe having sex with Ross Department Store.
Washington Redskins- No team matches its locale so perfectly. They’re corrupt, inept and divisive as fuck.

As for the NFL season, there’s still time for the resistance to thwart the Evil Empire. And if Sam Rothstein were to ask me for a top ten best bets to take down Darth Vader Inc., Imma go with these . . .

1- Ravens: They kicked the shit out of New England last week so they get the top spot.
2- Chiefs: They’ve got Patrick Mahomes.
3- Packers: They’ve got Aaron Rodgers.
4- Seahawks: They shouldn’t be doing what they’re doing, but they’re doing it anyway.
5- Texans: They’ve got Deshawn Watson.
6- Eagles: Because they kicked the shit out of New England in the Super Bowl . . what, five minutes ago? It seems like it. And I still love Carson Wentz, even if I think he’s got to step up big time.
7- Browns: There’s a better chance Drew Carey plays center for the Cavaliers and leads them to the playoffs, but hey . . this is a top ten and I need warm bodies.
8- Cowboys: Yes, I put them below the Browns because they piss me off and I’m not even a fan. All that talent and they can’t beat Kirk Fucking Cousins . . at home?
9- Raiders: Because Jon Gruden deserves some props from those clowns (me) who said he was a mistake. His Raiders play hard, they came together after the Antonio Brown debacle and they’re fun as hell to watch. And while I really don’t think they’ve got a chance to sustain over the rest of the season . . who wouldn’t want to see Gruden and the Raiders back in New England in January? Almost twenty years hence from the “Tuck Rule” game that began the Patriots dynasty.
10- Dolphins- Again, this is a top ten list and since I can only come up with a legitimately serious top fourish, why not Miami to put a cap on it? Because I believe they have as much a chance to win it all as the Vikings and Bills. And that might be none at all, but that just makes it equal. And I cannot and will not include the Saints on any list after how they carried on after the NFC title game last year. The same franchise that brought us Bounty Gate . . . railing on about a bad call? Nope.

Up until a couple weeks ago, Miami was destined to go down as the worst pro football team of all time. I even wrote about it, somewhat excitedly at that. Because I wasn’t so much interested in the ignominy of a possible 0-16 season, as in the idea that my team actually had a brain trust in place that wasn’t an oxymoron.

History is toast now that the Dolphins are on an actual winning streak. And maybe we blew our chance to score Joe Burrow in the draft- a kid who happens to be the latest QB du jour. And I don’t care right now, because all I know is that Brian Flores has a gutted roster playing as if it’s the Super Bowl. So let the Jets and Skins, the Bengals and maybe even the Falcons dog it out for the top spots in the draft. Because maybe my team has something they don’t have.