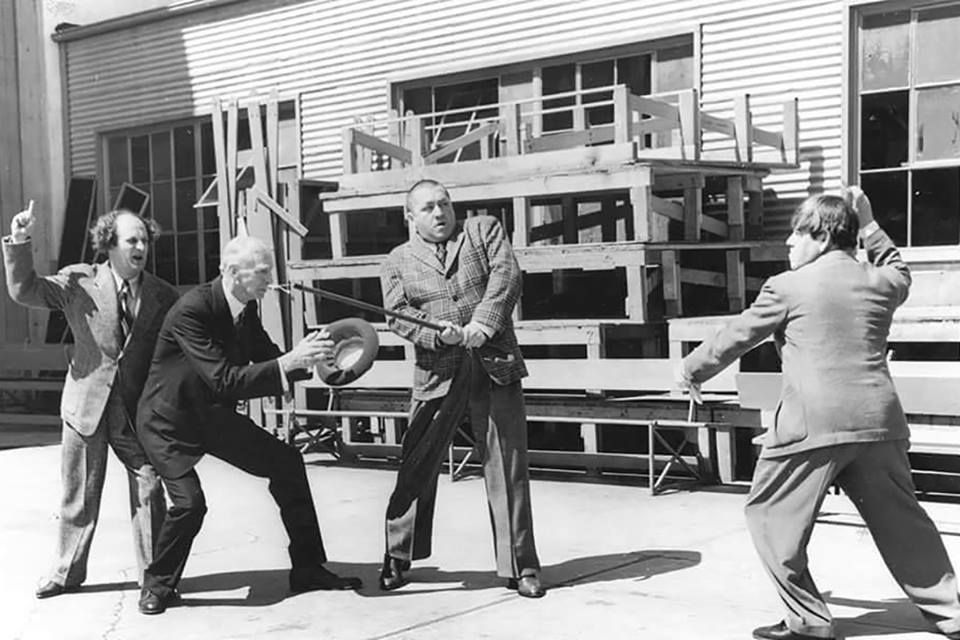 Baseball went to the mattresses this month in a bloodletting that leaves three franchises in limbo on the heels of the Houston Astros sign stealing scandal.

As a result, Houston fired its manager and general manager. Boston fired its skipper, Alex Cora, who had served as bench coach for Houston and is suspected of using nefarious means to steal signs while in Boston as well. And the New York Mets Carlos Beltran stepped down before ever managing a single game.

If you’re not down with the latest MLB ordeal, it’s really quite simple. The Astros stole signs, which is something that’s been going on since rawhide was invented. Only difference is, they created an elaborate system of video monitoring, which had been banned by the league prior to these actions. During home games, they had someone watching a video monitor and banging a trash can to signal what pitch was coming for Astros hitters. When world class hitters are accorded that kind of 411, it becomes batting practice. Hence all the heads that have rolled, and all the many heads that are teetering nervously in anticipation of being found out.

So yeah, Houston does indeed have a problem, and you can expect every away game on their schedule to become an episode of American Horror Story. I’m pretty sure they should forfeit their three game series in New York in late September, unless they’re curious as to what Fallujah looks like in the fall.

They had us all fooled, yours truly included. Hell, back in October, I included the Astros in my Heroes World Series edition saying “. . . The Houston Astros have done just about everything right over the last five seasons . . .” Fucking guys. 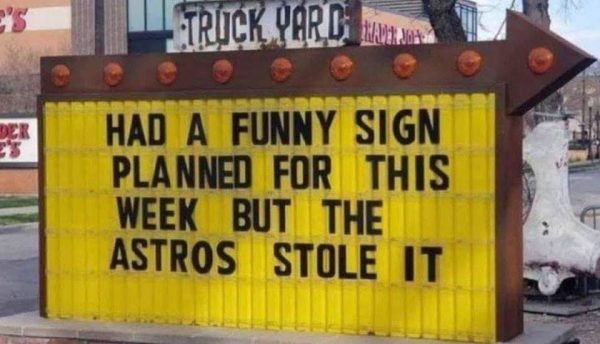 Sports is supposed to be an escape from the everyday world of taxes, transit strikes, unpopular general elections and shitty roads. But seeing as how sports is made up of fallible participants, the odds are not always in our favor.

In fact, professional sports has a long and sullied history of scandal and controversy. In basketball, there was referee Tim Donaghy’s game fixing scandal. Hockey saw the Edmonton Oilers trade Wayne Gretzky to America, shortly after which it became illegal for Canadian teams to win the Stanley Cup . . . I think. And in football, you have the New England Patriots.

Baseball’s got all of them beat. There is one hundred years worth of unfortunate events tucked in its seams. From the 1919 Black Sox scandal to Pete Rose being banned from baseball for gambling on games to the steroid era to this month’s sign stealing revelations involving the Houston Astros and Boston Red Sox.

The truly unique aspect regarding the sport formerly known as America’s Pastime is that time seems to romanticize (or monetize) most of its wounds. Countless books have been written and several movies have been made about the 1919 White Sox fixing the World Series. And while the steroid era will always be a blight to fans of a certain age, the dirty truth is that it produced a tsunami of green. Player salaries grew exponentially as a result of tainted numbers while owners took full advantage of an explosive revenue stream by creating their own television networks. Welp, at least Commissioner Bud Selig fought to preserve the integrity of the game . . .

So even out of worst case scenarios, baseball usually figures out a win. Can you imagine a real life tragedy being romanticized to the tune of billions of dollars? Oh wait . . I forgot about James Cameron.

This latest scandal is already going next gen with crazy accusations about Astros players wearing electronic devices during games. It’s like Bad News Bears meets MacGyver meets The Wire meets Are you kidding me with this shit?  But that’s okay because player agent Scott Boras insists that his client- Jose Altuve- never used an electronic device. Which should put these rumors to sleep since no player agent has ever told a lie about their client, ever.

Of course, as sports scandals are wont to do, this has peeps feeling all sorts of ways . . most of them homicidal. The Astros are the latest Public Enemy Number One to come down the sporting pike, and it doesn’t get any more vitriolic than the text my friend sent to me yesterday morning when we were discussing Sign-Gate. He had some . . uh . . sharply fashioned thoughts as per Houston’s diminutive shortstop, Jose Altuve.

That little fucker should quit baseball and become a jockey.

I should note my friend is a Dodgers fan. And a gambler. So, yanno . . when he’s hurt he says things he doesn’t really mean. Even though he really means them.

All kidding aside (for a moment), I really hope the Astros don’t suck this season. As much as the Yankees fan in me wants to see them win eighty five games and miss the playoffs, the baseball fan in me wants to see them make another run at October. Because it would prove how good this club truly was/is, and that it didn’t need to resort to Nixonian tactics. It would serve to remind us once again that no player or team will ever be above the game. And it will provide a much needed respite to Astros fans, who waited fifty five years to celebrate a championship and now are left to wonder what it all meant. They deserve better than what they’ve gotten, I do know that much.

Perhaps the biggest irony is that for all the video recording and trash can banging the Astros were utilizing, their home field advantage meant bupkis in the World Series last October. They became the first team in World Series history to lose all four games played in their home park.

It was as if the baseball Gods were taking out the trash.