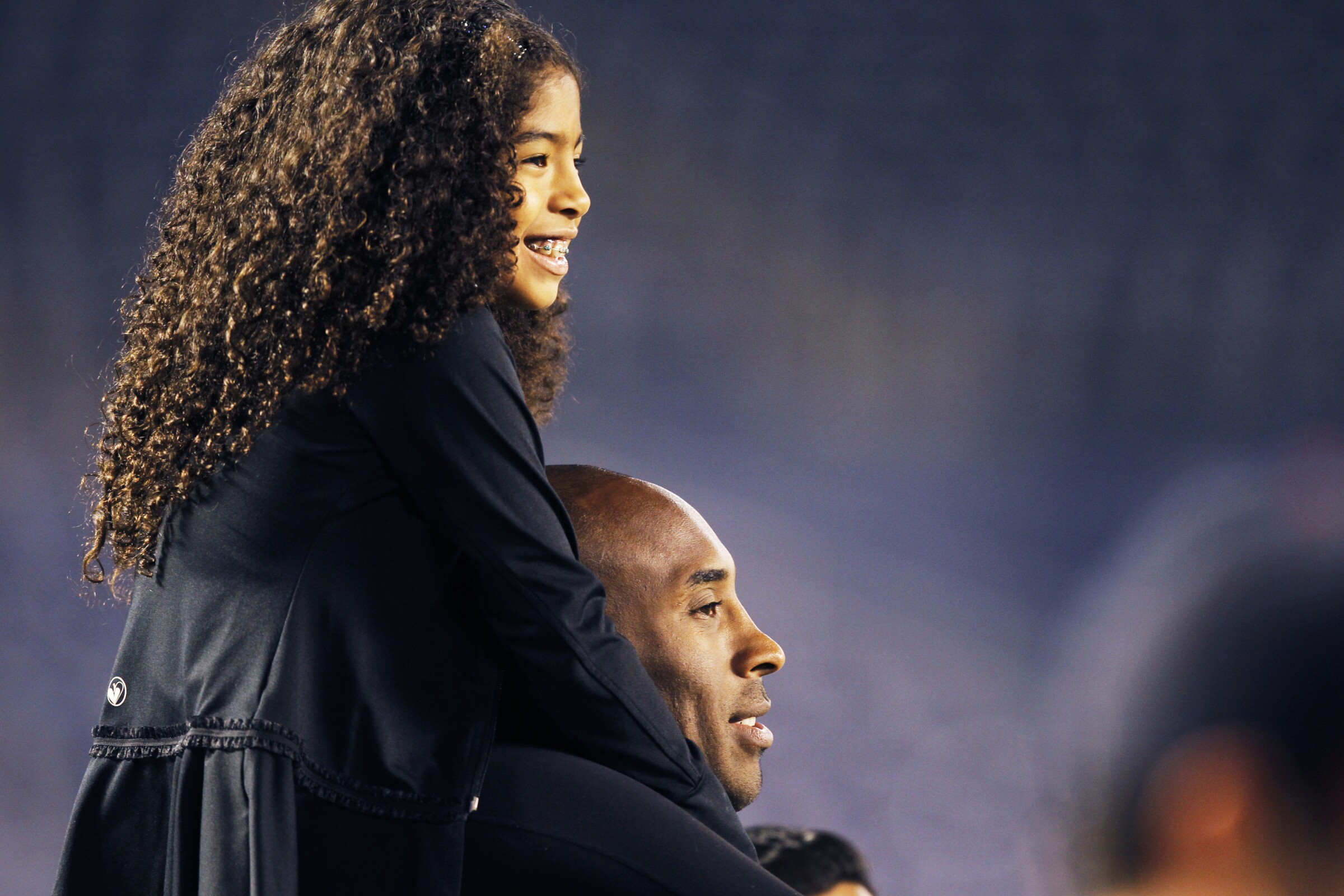 I once wrote that as soon as you take your last breath, a million years will pass in the blink of an eye. The vacuum of time and space belies the tranquility those stars are painting for us inside this tent.

When you think about it, life manages itself just fine in spite of the effort so many of us put into wasting or stealing or borrowing its precious commodity. Its movement is effortless, like a parade inside the ether whose consequences are perpetuated inside one long string of granules whose beaches will eventually run to the other side of that thing called forever.

But where time is neutral, mortality is a locomotive on speed dial; a merciless fire that pulverizes everything in its wake. It does not discriminate the rich from the poor, the good from the awful, the old from the young. When it wants you, it will return you to the mystic from whence you came. Ready or not.

Each time I attempted to write about Kobe Bryant’s passing, I failed. Miserably. And I guess some of it had to do with the fact that I was never that much of a fan. My love for the Association was time stamped inside the halcyon days of Magic, Kareem, Dominique, Bird and Jordan. The last name on that list will always be first in my book. I always respected the generation that Kobe and Shaq carried into the new millennia, but I already had my mind made up when it came to the masters.

But the post was never about basketball in the first place. Oh sure, the tributes from players and arenas across the country were sporting life testimonials to the everlasting hold Bryant will always have on the game he knew and loved. For me it was different. As far as Kobe was concerned, I saw a man who always learned from his trials and tribulations- especially the self inflicted ones. This isn’t meant to sweep Colorado under the rug of idolatry that feeds much of society, because I will not. And I think it’s probably this complicated history that provided the most dubious hurdle for me when I got to writing about last Sunday.

So I remembered back to that line I once wrote about death and its timeless thrust. And this served to cancel out the narrative of a Renaissance man of the hardwood and a legendary college baseball coach. Because when you break this tragic event down to its saddest common denominator, you get nine souls whose forever got lost in the fog last Sunday morning. Mothers and daughters, fathers and sons. All of them, gone to the million years worth of mystic that began to unfurl much too soon.

Gigi was thirteen years worth of mighty, and she was going to play for the UConn Huskies someday. Her basketball sister, Alyssa Altobelli possessed that very same fire; she aspired to play ball at Oregon. Her mother Keri was the basketball super mama who fueled Alyssa’s dreams. Sarah and Payton Chester were the ultimate mother/daughter team; with mom coaching up her girl in all things basketball and life. Christina Mauser was the coach for the Mamba Academy team; the mother of three will not be there to celebrate her daughter’s fourth birthday this week. Because a Sikorsky S-76B piloted by Ara Zobayan crashed into a Calabasas hillside, stealing countless chapters from the stories that will forever be unwritten.

My heart breaks for the eighty years worth of living Gigi, Payton and Alyssa never get to have. And I mourn for Keri, Sarah and Christina, who never get to see their girls prom nights and wedding days. And John and Kobe . . . they never get to finish their most important jobs of all; as fathers to young girls who were their heroes.

Gone for a week now, a million years worth of it.