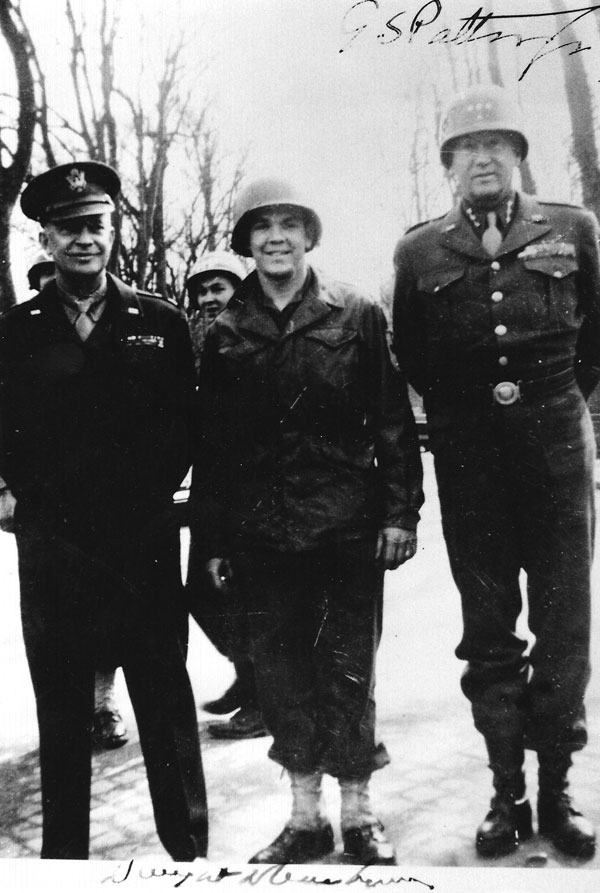 The following is a story I penned for some local newspapers back in the fall of 2009. It’s the story of Harry Adams, an Army Veteran who served in World War 2. Harry passed in 2016, but his life, and the difference he made, will never be forgotten by this humble writer.

It has been more than sixty four years since the ultimate sacrifice of the Allied forces helped to forge a nation’s new mandate while ridding the world of a ruthless tyrant. Harry Adams doesn’t have much use for rhetorical definitions though, being that he lived the most expansive war in the history of the world from the front lines.

The eighty seven year old Adams owns a much more human perspective,
speaking the moments of that time with his eyes and bringing it into clear focus as we sit at his dining room table. The Lititz High School graduate had worked his way into a plum job at Armstrong while at the same time preparing for a possible call to duty. “I started out working in a shoe factory, a summer job . . . I made twenty five cents an hour. And then I doubled that when I went to work at the chocolate factory. So when I got a job with Armstrong making sixty nine cents an hour? I had it made!”

This good life was interrupted when Adams was called into the war by President Roosevelt. There were no draft numbers to pull for a twenty year old, according to Adams. “We just reported for duty when we were told.” So he did. He began his training as an army medic in Hot Springs, Arkansas. He then moved across Texas before finally being stationed at Fort Hood. It has been seven decades worth of calendar since he shipped out across the Atlantic via French ocean liner with ten thousand troops strong and landed in Glasgow.

His recall is lockstep in nature. “We were told not to worry, that the ship would be able to outrun u-boats,” He laughs. “We were under General Hodges’ command when we got to Europe, and it wasn’t until we arrived in England that we found out we were going to be fighting under General Patton. “I remember him coming out to speak to us when we arrived (in England). He told us we were going to keep the German army on the run. He said they couldn’t shoot if they had their backs to us . . . and he was right about that.”

As a medic in Patton’s Third Army, Adams quickly learned the relentless pace of the legendary commander as they devoured targets before their bombers could even arrive to provide cover. They moved at a breakneck pace that would earn Adams a Silver Star for having marched and fought through five campaigns- From Normandy through the Rhineland and up through the mountains of Ardennes into Central Europe. The march into the Bulge was hard and unforgiving. The troops lived on K Rations which Adams refers to as “Cracker Jack Boxes” which consisted of canned meats, cheeses, hard biscuits and cigarettes. They couldn’t build fires since this carried the risk of giving away their position to the Germans so they borrowed invention through necessity by heating their food on the manifolds of their Jeeps. Showers were an infrequent luxury, as was a good night’s sleep.

Winter was a grim odyssey of hard snows and excruciating cold snaps where frostbite and hypothermia accompanied the troops across the rugged, unforgiving terrain. Adams says the survival skills they adopted helped to borrow a modicum of comfort. “You couldn’t get warm, it was impossible. We had our uniforms and a blanket and that was all we had. So we made something out of anything we found. We became good at scavenging. And let me tell you, those silk parachutes . . . they were warm.”

There were close calls, such as the time his Captain tabbed him for a reconnaissance mission of a nearby village. The thought was to bring along a medic in the event the small group of men found any wounded soldiers. He decided against the need for Adams before walking into a nest of gunners. Adams met them later on at a hospital. The driver had been taken out. The Captain was shot in the back and the Colonel had lost his forearm in the firefight. “Another time we were moving through a town that hadn’t been liberated. We had no idea until a Colonel told us we had to get out of there, fast.”

And then there were the sober testaments to the mission they had each undertaken. He will never forget coming upon a camp with no idea as to what awaited him on the other side. He presents me with the pictures he brought back; grainy black and white photos out of hell. They are pictures from the Dachau concentration camp. One picture shows a couple of skeletal survivors standing next to a wooden cart piled high with the dead. There is one picture I can’t figure out. It appears to be a huge mound of sawdust, several feet high. I learn they are cremated remains. “I know there are people who say the Holocaust never happened, I say look at these pictures and then tell me it never happened.”

There is one other picture I have to ask him about. It is of the twenty two year old Adams being flanked by Generals Patton and Dwight D. Eisenhower. He tells me it was taken at the tail end of the war when his company was marching through Luxembourg. “I remember telling one of the fellas I was going to get my picture taken with them and he didn’t think I had the nerve to ask.” Adams says. “As it turned out, Patton was in a good mood. He told Eisenhower to ‘let the kid stand in the middle’. Later on when I was in Germany I sent that picture to General Eisenhower’s headquarters, requesting his signature and I received a letter from his secretary.” It is a typewritten response from Lt. Kay Summersby dated September 20, 1945 and it includes the autographed photos from the future President of the United States. Adams would later procure Patton’s signature for his photograph after meeting his niece, who worked for the Red Cross.

His voice still cracks at the thought of those bombers overhead. He can still smell the death of those prison camps. His eyes still tear when he recalls the long days and endless nights. His selfless dedication across thirty eight months in Europe leaves its impression on each and every American who puts him or herself in harms way. But Harry Adams doesn’t consider himself special. “I’m no hero . . .” He says simply. There is a proper reply to this statement, and it would lean to the contrary. Because he is most certainly just that; a hero. They all are. Not in the past tense, but in the strongest sense of our best hopes. The better understanding of our national identity comes from the link these voices of a greater generation have gifted us with. But I figure that a retort would sound contrived, and there is no time for clichés as we sit in his dining room surrounded by the memories of the men he stood with and the time he stood within. Adams repeats his belief as the sun sets on a late fall afternoon, and as with everything else, he does so firmly and with little hesitation.

I owe him the silence of this moment. I owe him a lot more than that, actually.

97 thoughts on “Bless The Echoes Of Those Boys”