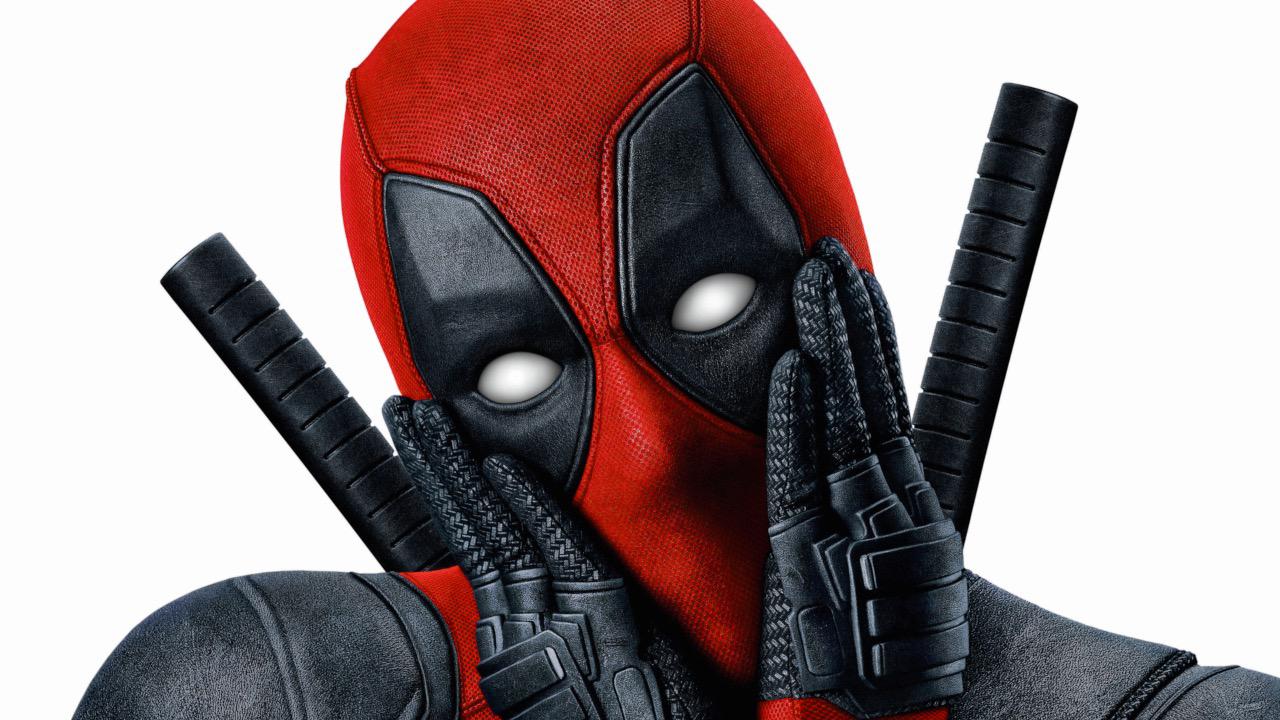 This has been the year of living dangerously, and we’re only at halftime. So I thought you kids might appreciate a variant on the tried and true Friday episode. So Imma kick it up with satire, because it’s my middle name. Maybe not my mama given one, but hey . . it still counts.

Clueless Joe- As I mentioned in my last post, I’m not missing sports all that much. It would be nice to catch an occasional game or have something to talk about . . but the diversion was answered with a Johnny Come Lately of new kid in town alternatives. And besides, you know what I really don’t miss? Fans. Because more often than not, they’re doing stupid shit. And so of course we had an example come to us from Gatlinburg, Tennessee this week . . and he’s a baseball fan.

I’m guessing he’s a baseball fan by the slide he attempted into home plate. Which may or may not have been Soto, but for the fact he wasn’t on a baseball diamond when he did it . . . he was on a glass sky-bridge. Because I don’t know about you but I always wanted to throw my body onto a piece of glass that sits a hundred and fifty feet above the ground. So of course the slide cracked a glass panel and the bridge was closed for repairs as a result.

If this schmo had been a football fan, the Darwin Awards would have been crowning another champion right about now.

Take me out to the Doll Game- The next story is a month old, but it’s the gift that keeps on, uh . . . giving.

The South Korean soccer team- FC Seoul- was issued a red card in the form of an $81,000 fine for filling their fan-less stadium with sex dolls rather than mannequins. , social media users noticed the substitutions, after which the team claimed it was all a “big mix up”. The team’s soccer league responded by claiming the team “could have easily recognized their use using common sense and experience”. And I really wish the team would have responded to the league’s statement but I guess it would have been too easy.

Reports that thousands of single guys converged on the stadium upon hearing about the fans in attendance could not be confirmed . . . 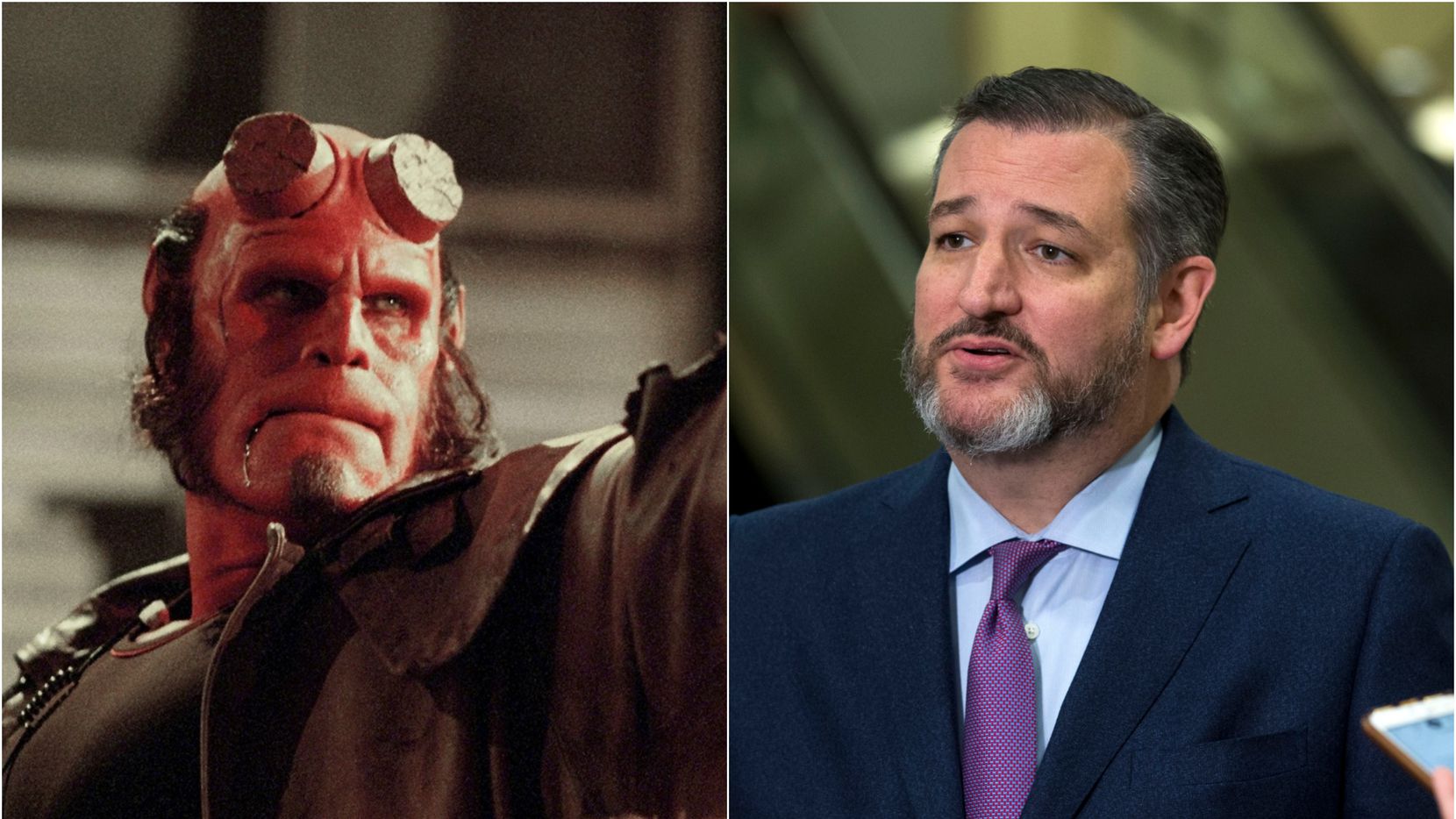 Ted and Hellboy’s Excellent Adventure- Remember the good old days when the idea of Ted Cruz in the Oval Office was the most frightening prospect imaginable? Yeah, I know the current occupant makes it difficult to remember much of anything, but rest assured that Ted is always happy to remind us.

Senator Seuss decided he was going to chirp in on a Twitter battle between a Florida congressman and actor Ron Perlman. Predictably, the shit got stupid

“Listen Hellboy,” Cruz wrote, “You talk good game when you’ve got Hollywood makeup & stuntmen. But I’ll bet $10k – to the nonpolitical charity of your choice – that you couldn’t last 5 min in the wrestling ring w/@Jim_Jordan w/o getting pinned. You up for it? Or does your publicist say too risky?”

That would be the same Jim Jordan who has been accused of covering up sexual misconduct allegations against Ohio State wrestling team physician Richard Strauss while serving as the assistant wrestling coach for the Buckeyes back in the nineties. The fact that Jordan is a U.S. Representative for Ohio’s 4th congressional district these days is not a shocker. Neither is the idea that Cruz would tag team Perlman by referencing a guy who was involved in a scandal involving sexual misconduct.

The two went back and forth before the former Beauty and the Beast star pinned Cruz down by telling him to leave Jordan home and include McConnell in the steel cage match instead. “All we need is a time, place and a few EMT’s standing by . . .” He tweeted.

(If you’ve got a minute, read this piece by Gene Collier of the Pittsburgh Post Gazette.)

Two things about the video above, and I’m really kinda serious. For one, why isn’t this a sport? I would definitely watch it on TV for a good three to five minutes. And for another thing . . . the world record is sixteen ping pong balls bounced into a pint glass in one minute. I think I could do this.

Hell, it’s as close as I’m ever going to get to challenging a world record, so there’s that.

Conversely, here’s a world record I have absolutely no chance of breaking . . . 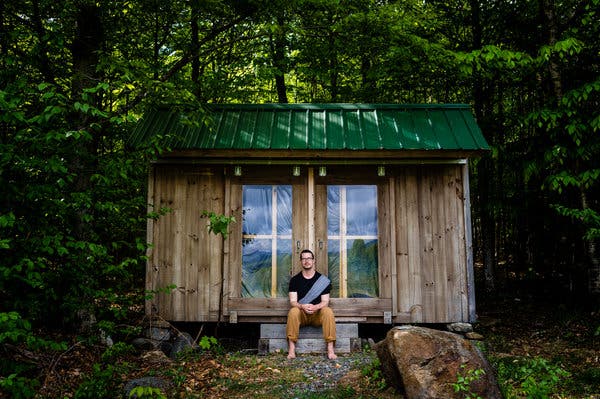 In my best for last, Daniel Thorson gets the Capo di tutti Capper slot this week for doing absolutely nothing and being oblivious to what is going on in the world. And no, he ain’t running for office . . .

Thorson decided to go all Walden Pond on the world back in March by venturing up to a remote Cabin in Vermont for seventy five days. During which time the world was placed under house arrest, toilet paper replaced gold and platinum and face coverings became haute stuff.

When he made his way back to civilization on May 23rd, he took to Twitter with a query that has become a charmingly inimitable punchline for his friends and family.

“Did I miss anything?”

I know there are those among us (yours truly) who envy his blissful ignorance of our COVID-19 encrusted world. Because it speaks to the peace of mind that was ripped away from us all the way back there. After which the universe got busy reminding us that the the simplest conclusions are oftentimes turned into monolithic equations. And so yanno, taking a deep breath and just being? It’s a priceless commodity.

To borrow from the rock band Sublime, I don’t practice Buddhism and I ain’t got no crystal ball, but if I had a million dollars, I might just spend it all on the rent up at Thorson’s cabin. Tucked into the deep embrace of a Vermont landscape where the amenities possess that thing we need most of all right now.

65 thoughts on “Heroes Of The Week! (Lampoon Edition)”