Is there something happening tomorrow?

I kind of had the idea that Tuesday was going to be a big deal when the late, great Brett Favre dropped it like it was haute last week, mixing politics with sports in his endorsement of The Incumbent. It was ironic seeing as how Favre trashed the idea of mixing sports and politics when it wasn’t his guy. But that’s the kind of shit I’ve come to expect from too many people on too many sides in this day and age of unreason.

Still . . Tuesday isn’t ringing a bell, excepting maybe for Tacos®. But since I tend to reserve my taco intake for weekends, where it can be immersed in a sexy tango with adult beverages, Imma go nolo to that contender. 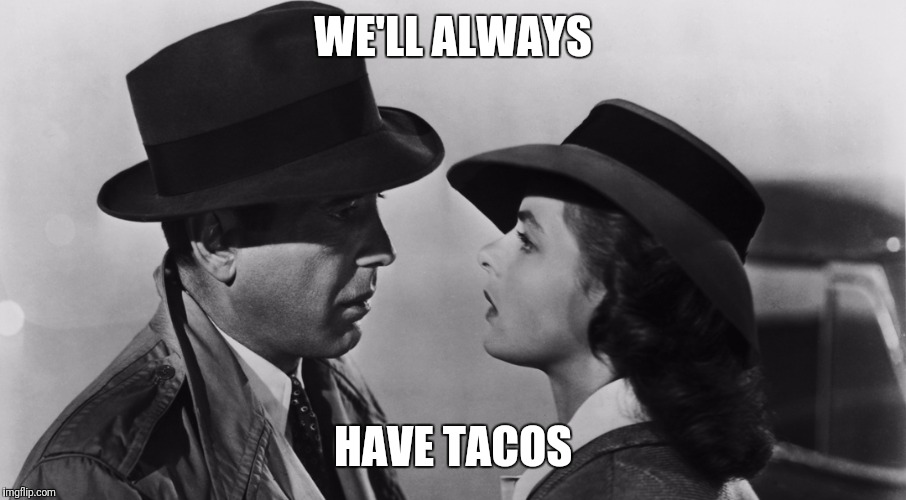 Maybe it’s the fact that Tuesday is the busiest day of the week when it comes to job applications, seeing as how most applicants are properly recovered from their weekends. And it also happens to be the most productive day of the workweek since it sits peacefully between Monday and hump day, which are notoriously hung over. But this seems boring, and America hasn’t done boring since Jim Belushi left prime time television.

Devil’s Night was vanquished by All Saints Day, again. And there’s no tie breaking tilt on Tuesday, that I know of. And as a Halloween/Darth Vader/Yankees fan . . I’m pretty sure I would know.

Aimee Mann broke up with ‘Til Tuesday more than thirty years ago, so . . nope.

Fat Tuesday is wrought with melancholy, since it happened back inside the time before . . yanno. And Thin Tuesday doesn’t happen until December 26th, when we commit to losing all that holiday weight. After which we recommit to losing it on January 1st-ish.

Oh, wait . . wait! I got what all the fuss is really about! Are we actually having our Spaghetti Tuesday on a Tuesday this week? In honor of the late, great Scott Wilson? And if not, why not?

I mean, half the world is under lockdown or curfew. And the other half can’t even afford to enjoy their time under the influence because they’re preoccupied with coronavirus, wildfires, earthquakes, hurricanes, Block Editor, murder hornets, riots, shootings and Netflix raising their prices. That’s a metric ton of shit to be happening in a decade, much less a calendar year.

And yet, here we are . . with tomorrow having already happened on some far away planet inside some other universe. And I wonder how it all turned out. And I wonder if there is mercy to be had in that far away place, or if this is all just working itself into some lost paradise sequence of events that leads to the eventual demise of humanity?

67 thoughts on “Too Early To Tell”