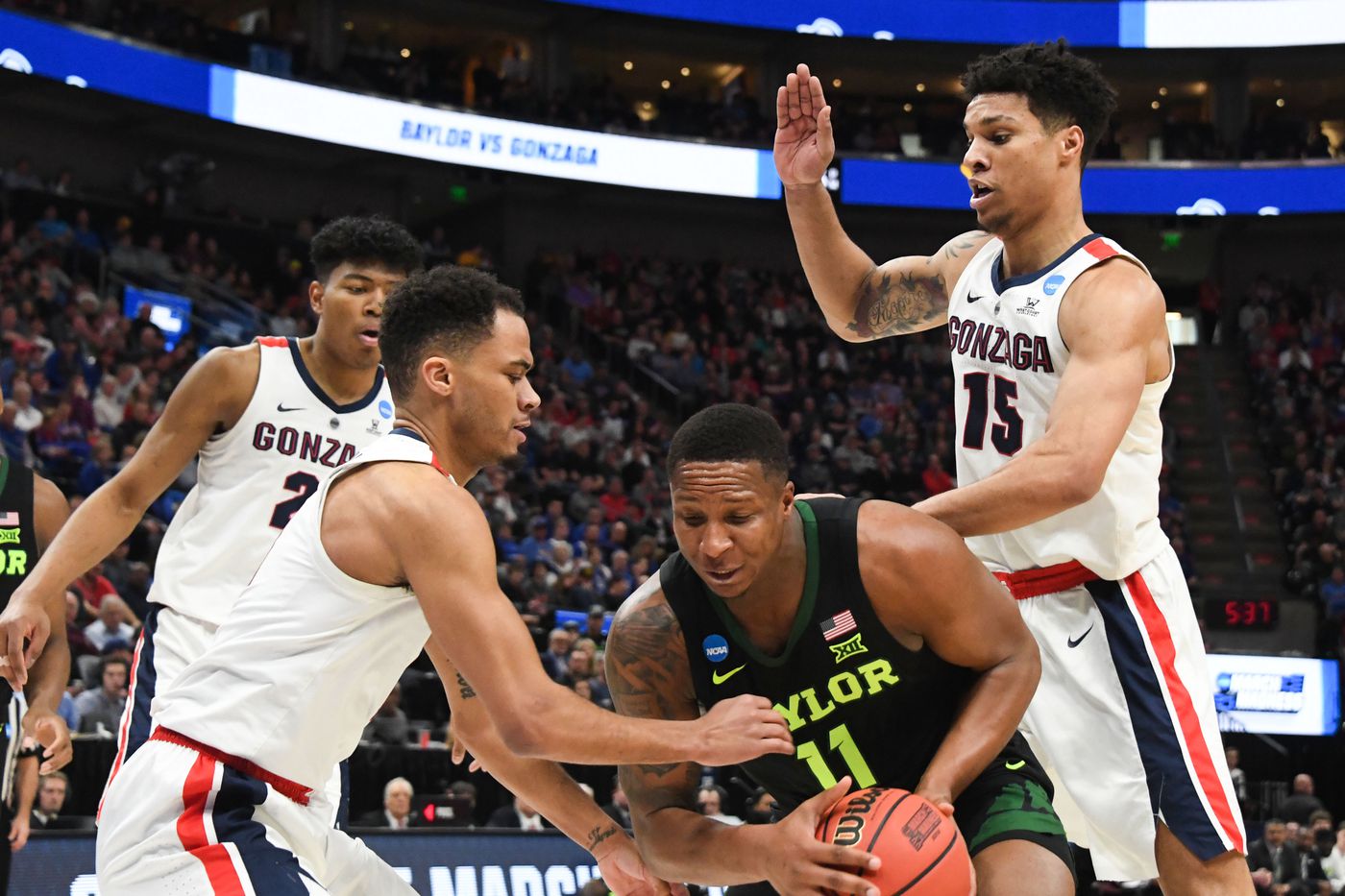 This happens to be more times than I figured on writing anything about college basketball, and it’s entirely the fault of the Gonzaga Bulldogs. And maybe I’ll never write another word about a sport I have no investment in, excepting for a signed basketball by the 1991 Duke team that won a national title. And that’s okay with me, because Gonzaga made me pay attention on Monday night.

Watch? Well . . no. I was tired and so I napped away the first half before waking to a Baylor rout in the making. And so I figured it was a good bet that the 1976 Indiana Hoosiers would remain the last undefeated champion in the sport. I didn’t feel the need to watch history take its best shot, because I know how that usually turns out.

The Zags had a great season at 31-1, even if that one loss looks bigger than the thirty one wins that came before it. That’s how it works in sports. History doesn’t play nice when it comes to matters of perfection. I’m not sure how many college basketball teams have gotten close to a perfect season. I remember UNLV losing their chance to that Duke team in the ’91 National Semis. And I think Kentucky had a chance a while back. Gonzaga got further than either of these teams, but still . . falling forty minutes short only feels worse.

The New England Patriots had the worst 18-1 record in NFL history back in 2007, seeing as how the one loss came in the last game of the season with a chance at perfection in their grasp. Since the Hoosiers perfecto of a season, many have tried but none have succeeded. Because the only sure thing about sports is that, more often than not, it flips the script on you when you least expect it.

To set a course for perfection is a brilliant sounding plan, but as former New York Giant Michael Strahan once remarked “Everybody has a plan until they get punched in the face”. And while he was talking about how his Giants took it to those perfect Pats, he might as well have been talking about history’s uppercut. It’s a keeper.

It doesn’t change the narrative, not for me it doesn’t. Because the Gonzaga kids earned the right to be immortalized by getting to the final game of the season with nary a pimple on their season’s resume. Inside the forty minutes they played last night, it wasn’t about wins or losses as much as it was about the chance to deliver an outcome whose echo will keep paying it forward for decades on end.

And in the end, the echo will carry. Sure, the ending is going to look a lot different than they were planning on. But they’ll be remembered nonetheless, and for a good long while. Until some other college team makes it through a season unscathed, at which time it will become their turn to figure out how to win the gauntlet with history breathing down their necks.

I’d have to believe the Gonzaga kids will be pulling for them.