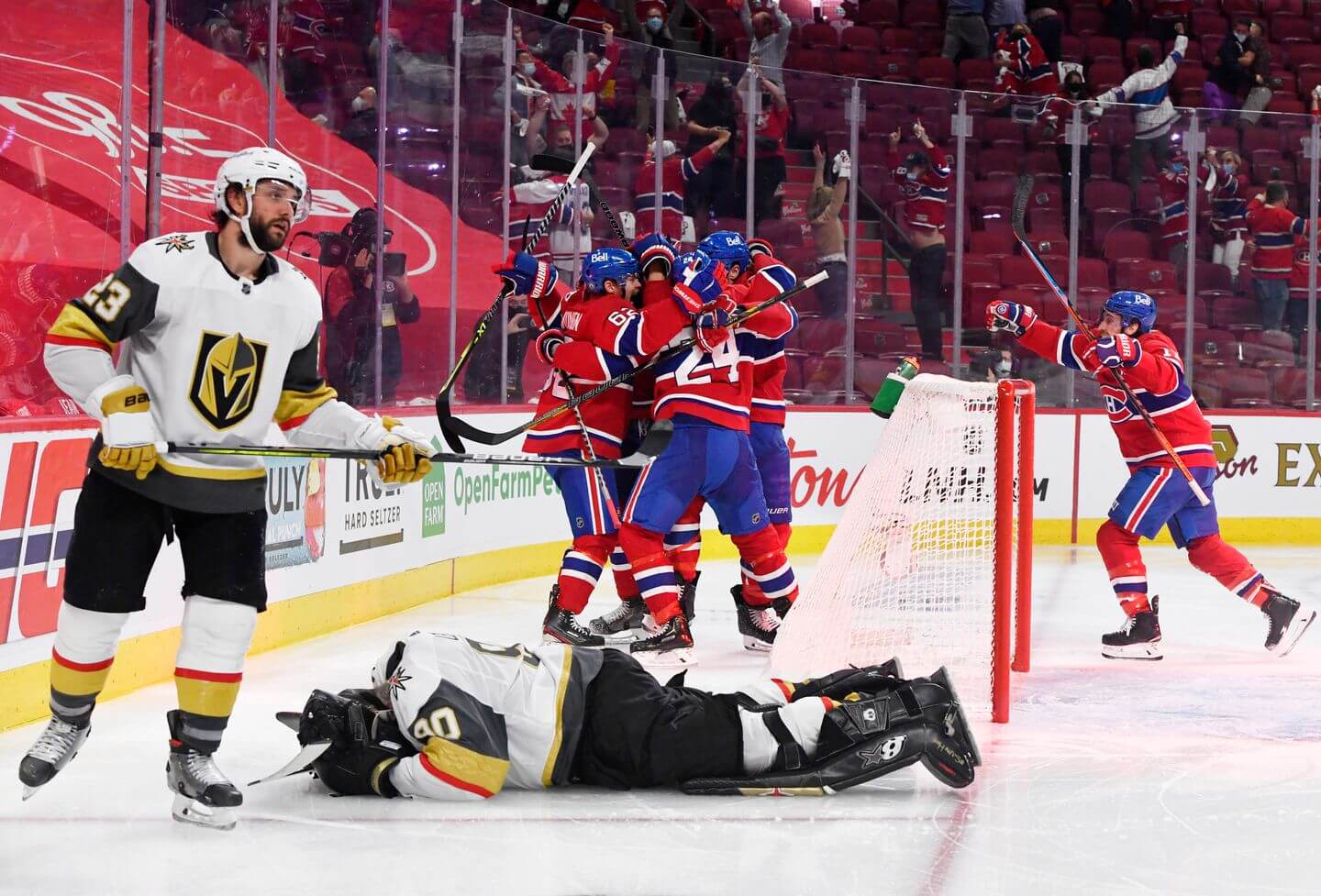 There’s a line from the movie Miracle in which the legendary Olympic hockey coach Herb Brooks lets his young troops know what’s really at stake inside the sixty minute crucible of the biggest hockey game of their lives against the Russians. He tells them the name on the front of the jersey is a hell of a lot more important than the one on the back.

The Tampa Bay Lightning may not be confused with the Soviets powerhouse of a hockey team, but the Bolts are pretty damn good in their own right. And it’s going to take everything this young Canadiens team has to raise that Cup. And unlike that American hockey club at Lake Placid, these Habs have to do it four times in a couple weeks. So where you might be helped by a lucky bounce or a bad game by a superior line in a single game elimination, those chances dwindle when you’re talking about a seven game series.

These Canadiens are good with that. They came into this Stanley Cup playoff season with 500-1 odds to make the finals. Of the four Canadian squads with a dance card, they were given little to no chance of being the first team north of the border to get this far since Vancouver did it in 2011. And when they fell behind to the favored Toronto Maple Leafs three games to one in the first round, you wouldn’t have blamed their fans for toasting to last rites. And then the Canadiens pulled an Ali and got up off the canvas and punched their way through the Leafs, the Jets and the Golden Knights. And now you’ve got a group of kids with a whole bunch of tomorrows in their back pocket, intent on making today the beginning of a brand new chapter in their proud history. It’s been twenty-eight years since the Canadiens were last in the finals, and yet their twenty-four titles are still far and away the most of any team in the sport. Where some might find such a task daunting, this group seems to feed off of it.

These Habs bring a solid mix of veterans and kids to the party. From Brendan Gallagher to Cole Caufield, Tyler Toffoli to Nick Suzuki. And then you have Carey Price in goal, who happens to be in the middle of a playoff run for the ages. He’s been around long enough to know what to expect, and it’s a fine hockey blessing that he gets to sit at the high stakes table now. You want to see guys like Carey Price doing their thing on the sport’s biggest stage, getting his chance at immortality. And now Carey Price has the one thing, the only thing, a competitor really wants. He has his chance. And so does a Canadiens squad that doesn’t know what it doesn’t know, playing for history.

The Canadiens have made June a magical place to be, awakening the echoes of a once mighty empire as they topple the modern day giants of the sport. And now there’s one heavyweight champion left in front of them, looking to defend their belt, after having dispatched the Islanders in a seven-game nail biter.

Tomorrow in Tampa is where past meets present, and all that’s at stake is every single thing these guys play for. It’s when the names on the back of the jerseys get known and it’s where the name on the front of the jersey counts most of all. For this Habs squad, it’s a halcyon dose of recognition for what they have achieved thus far. And they’re well aware tomorrow isn’t promised.

103 thoughts on “Yesterday Once More”