Of course the lovely Simone Biles is gonna score my billboard capture in this week’s special Olympic edition. Because she just won the best damn bronze medal in the history of ever. After removing herself from the final three events in the women’s all-around last week, her team held on for a silver medal while this young lady held onto her mental well being. It was a win merging with an even bigger win. And it was made all the more beautiful when Simone was the first American to congratulate Russian gymnast Angelina Melnikova after her team won the gold.

And then this week happened and Simone came back. She competed in the balance beam and while she wasn’t quite her championship self, she was plenty good enough to gain the podium yet again. And I have to think this bronze medal is going to mean every bit as much as all the other medals she has earned in her career. Because this one is representative of her every day struggle, where winning and losing take a backseat to peace of mind.

“I was just happy to be able to perform regardless of the outcome,” Biles said. “I did it for me and I was proud of myself for being able to compete one more time.”

The result was worth its weight in gold. What’s the only thing better than a gold medal at the Olympics? How about two gold medals? That is how it went down when Mutaz Essa Barshim of Quatar and Gianmarco Tamberi of Italy ended up tied in the men’s high jump finals after four jumps each. An Olympic official informed them they had two choices: They could take part in a jump-off, or they could share the gold. Moments later, Tamberi was jumping into the arms of his friend and rival when Barshim decided on the latter.

Barshim explained it this way. “He is one of my best friends, not only on the track, but outside the track. We work together. This is a dream come true. It is the true spirit, the sportsman spirit, and we are here delivering this message,”

A cynic might scoff at the idea that the medal wasn’t settled on the field, but I really can’t blame the guys for choosing to share gold after watching the sheer joy on their faces. Let’s face it, they did something most athletes can only dream about.

They won a tie. 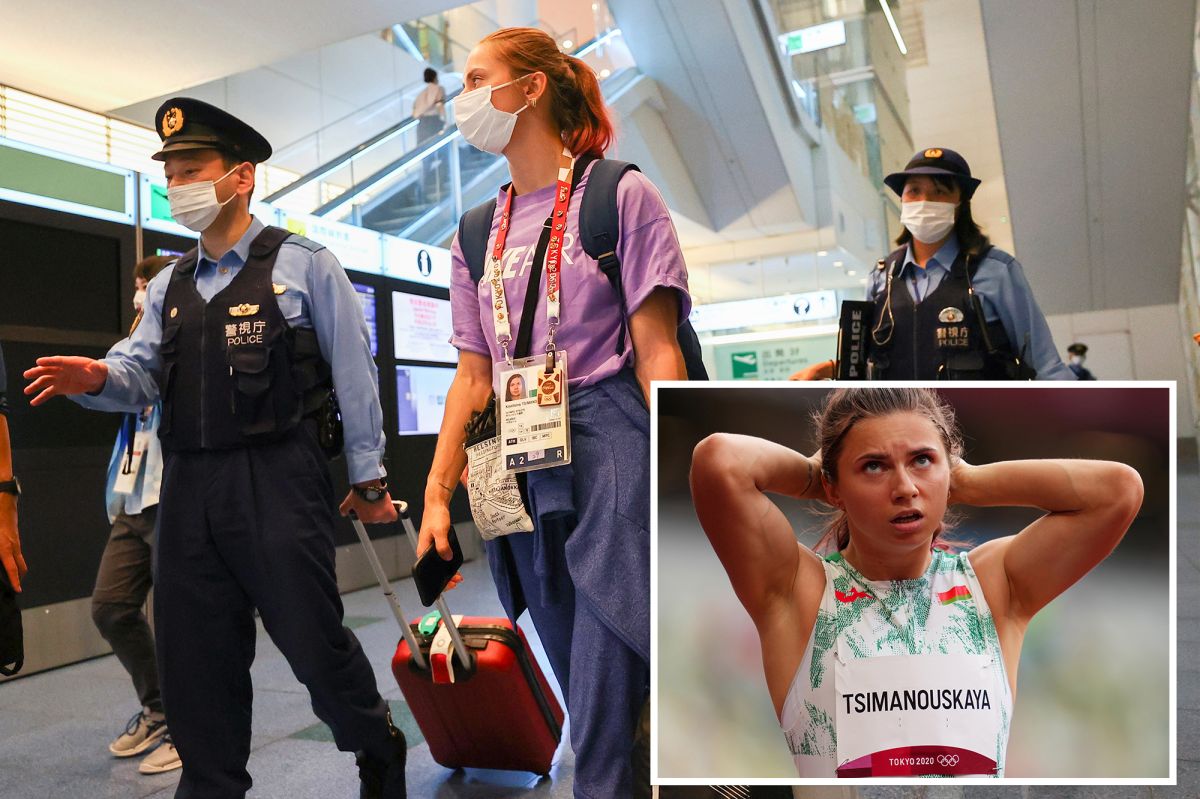 Krystsina Tsimanouskaya of Belarus has a story that puts everything in perspective. In her homeland, opposition leaders disappear and dissidents are threatened with assassination. Freedom of speech doesn’t stand a chance in a country that will silence anyone who speaks out about the government’s business in general, or president Alexander Lukashenko in particular. And it is in this vein that Tsimanouskaya found herself in the crosshairs of a “higher up”. And while I’m not saying this individual was the guy currently serving a sixth-term as President, I ain’t saying it isn’t.

The trouble began after the sprinter complained on Instagram that she had been forced to run the 4×400 relay by team officials, even though she had never competed in it before. She was subsequently banned by the team from participating in the 200 meters; a decision she tried to fight legally, but lost.

Tsimanouskaya was then told she needed to take the next flight home, where she would face “punishment” for her outspoken behavior. Thankfully she was intercepted and taken to the Polish embassy in Japan, after which she was flown to Vienna. Upon hearing the news, her husband travelled to Ukraine and hopes to be reunited with her soon. This ordeal has changed Krystsina’s definition of ‘home’.

Now, it’s wherever she can be reacquainted with her family.

Heading into Tokyo, American Lily King was the prohibitive favorite to defend her title as queen of the breaststroke; the defending Olympic gold medalist and two-time world champion hadn’t lost the event since 2015.

But that’s why they play the games. Because South African swimmer Tatjana Schoenmaker had something else in mind. And if breaking the world record (held by King) wasn’t an expectation, guess what? It happened. As a result, Schoenmaker is bringing home South Africa’s first gold medal in a quarter century.

But the reason this story makes it to Friday is because of what happened next. If you want the cheat code on this video, fast-forward to 2:42 when she touches the wall, followed by King. And then a group hug that reminds us why we watch the games, and why we love them so. Imagine being thisclose to realizing a life long dream, and then in the next moment, it’s gone just like that.

Isaiah Jewett doesn’t have to imagine this scenario, seeing as how he experienced it in the men’s 800 meters. As the runners were kicking up their heels for one final push around the curb, Jewett could feel it. He had a top two run within his reach, which was going to put him in the finals. And then Botswana’s Nijel Amos clipped him from behind and the two men were collapsing to the ground, taking that Olympic dream with them.

“I just felt like when I was starting to lift, somebody hit the back of my heel and that caused me to fall,” Jewett said. “It was devastating. I’m not going to lie.”

Out of this stunning loss came something you can’t practice. When Jewett got to his feet, he helped his opponent up and then the two men embraced as Amos offered his apologies before they set off once again, buoyed by a spirit that defines what these games truly mean. Because while winning and losing belong to the headlines temporarily, sportsmanship has keep. When they arrived at the finish line, Amos yielded so that Jewett could finish ahead of him.

It was the kind of moment not even a podium could top.

62 thoughts on “Olympic Heroes Of The Week!”